High quality Royal Saffron Tea with golden color and mild taste is the tea from the ecologically cleanest country, Bhutan, in the Himalayan Mountains.

Availability: Out of stock

The Royal Saffron Tea is an excellent tea for general fatigue and emotional exhaustion.

According to traditional Tibetan medicine, Saffron and Safflower soothe. irritation, nervousness and fatigue. In addition, they regulate liver and digestive function. Cinnamon has a warming effect, strengthens the blood and improves digestion, which is generally good for fatigue due to poor metabolism.

Safflower and Cinnamon are harvested from Bhutan, Saffron (also known as Saffran) is from wild and pure nature Kashmir, India.

The tea is made by the Bhutanese family company Chimi Poe Jorkhang, which has a long and respectable history.

Let it take a few minutes to obtain a rich aroma and color. One can leave the tea bag in the cup for the whole drinking time. If desired, brown sugar or honey may be added. 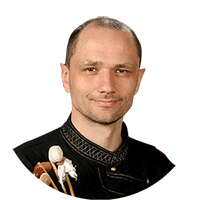 Bhutan is not only a carbon neutral CO2 emitting greenhouse gas, but also a country with negative CO2 emissions. The country has created a free environment for pesticides and wildlife overuse, where the natural products are clean and effective.