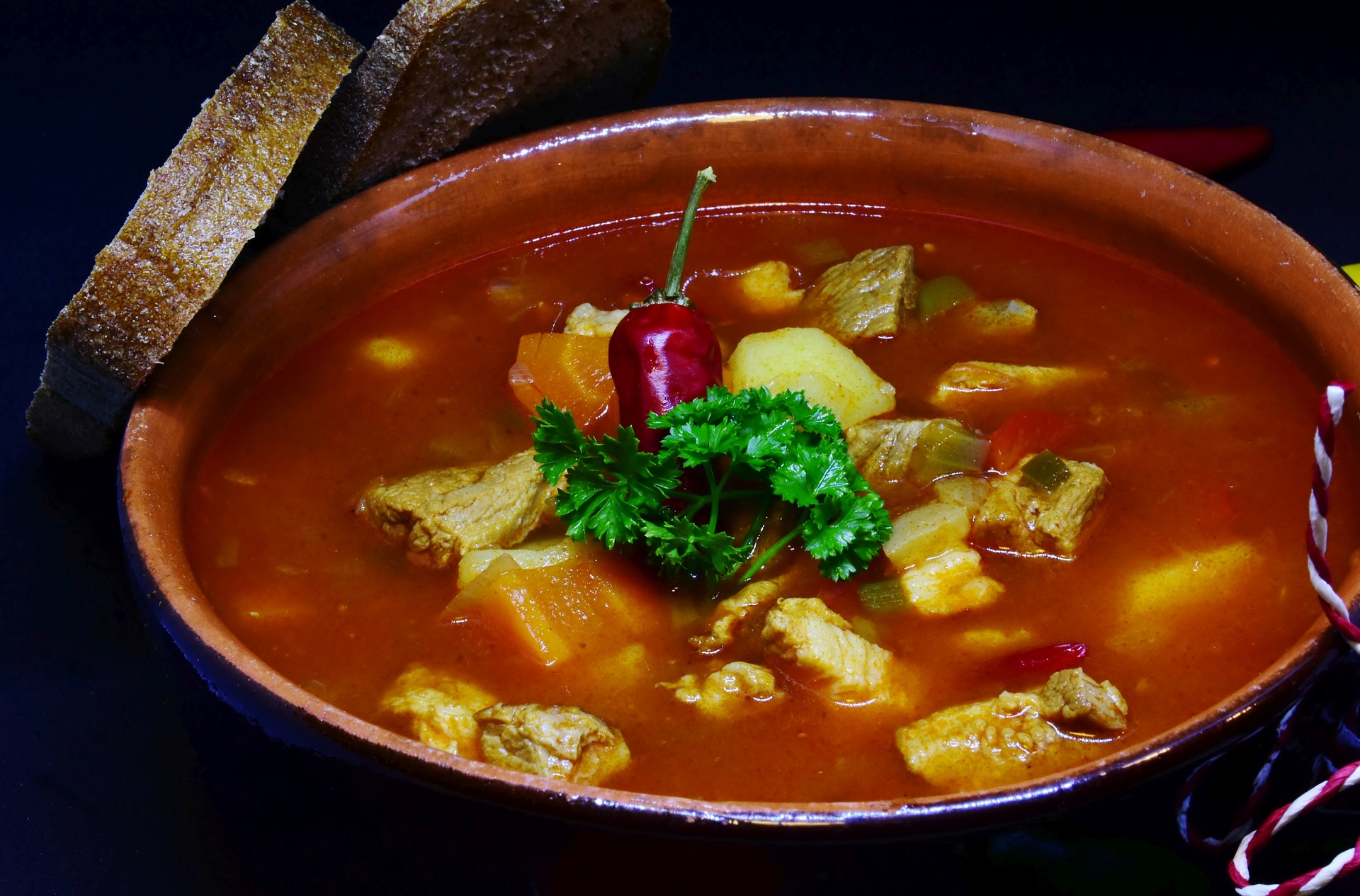 Both old Estonians and Tibetans had knowledge of the basic materials of all material phenomena – the basic elements or primordial elements, that is, earth, water, fire and air. Without getting bogged down in the latter, however, it can be said that the most valued foundation of health in both nations has been digestive performance. You do not build a strong body by weak digestion . A weak stomach cannot get the necessary substances from food, and the material for building up all parts of the body remains lean. In a loose warehouse, the stored material goes to waste and creates a big nuisance of its own.

However, sufficient fire makes digestion strong. It is like a fire under the stove, which transforms the heating material placed there into a cozy, creative warmth. However, with a shabby and depreciated hearth, the building quickly turns into a musty and moldy mess. Let’s see how the Tibetans recommend taking care of their hearth in different seasons and how our ancestors here ate.

The wisdom of the Himalayan people says that summer is the time to recharge our batteries, when we collect enough energy from the sun and the garden products bursting with solar energy to last us through the cold winter. The heating reserve, i.e. digestive fire, is at its maximum in late autumn and the first half of winter. Logical, because then it is necessary to keep the house warm enough to survive between cold spells. During the winter, however, the heating supplies run out and humidity and dampness enter the house. In the human body, it manifests itself as warts, diseases and fatigue in the spring. The trays and rows of usable trees are the emptiest in spring and the first half of summer.

Thus, our digestive power is also weakest at this time. As a result, Tibetan medicine recommends eating very strong food in autumn and winter, which the robust digestive heat can handle well and from which, in turn, generates new heat for the body. In the spring and summer, when the resource collected from the previous summer has run out, we should be more modest with our meals, because otherwise we will destroy our hearth.

Comparing the logic of the Tibetans with the eating habits of the ancient Estonian people, we see direct similarities. In winter, when the digestion is strong and pantries and trays full of food, a hearty and hearty dish was eaten, which kept the body warm and between the skin of winter lard. By Shrovetide, however, the pieces of meat from the salt barrel had run out, the giblets, tails and hooves had been eaten, and the time of fasting awaited us. Observing the rhythms of nature, however, it only did good for the body, because the body needed rest and saving the digestive fire. At the beginning of summer, only very light meals were eaten. For example, curds, sour milk products, and fish among beach people. Fermented birch sap was taken for the hay. You couldn’t even dream of meat, because the spring midges were still midges.

According to Tibetan and other oriental folk medicine, raw food is not easy to digest and should be avoided in spring. It is equivalent to throwing raw wood under the stove, which rather smothers the hearth and chimney. Thus, raw food also erases what has been digested in the human body too quickly, and the equivalent of pitch in our body is cholesterol, cysts, and swollen body cells. A downed fire equals a bloated stomach, indigestion, exhausted kidneys, cold hands and feet, and from there, in turn, a downed libido. In other words, proof of our old saying that love literally goes through the stomach.

The Estonian moms didn’t make unbridled smoothies from Ground Elder and Dandelions in early spring either. The stuff offered by nature still went through the cauldron and it reached the body as belly-warming liquid. In the light of the wisdom of Tibetans and the experiences of Estonian foremothers, our modern nutrition culture is somewhat perverse. Many of us in the spring, when the digestive heat is weak, really give the body a rest? What do we do when summer comes when the resource accumulated last year in our digestive system is completely exhausted? There are few people who fast, and most of them start the barbecue season by putting meat and raw salad in their bellies and sipping on a cold beer. The ancient Tibetan sages and Estonian men would recommend opening the grilling season to the strong indigestible of winter. In this way, the love that goes through the stomach is also preserved.

Some suggestions from Tibetan medicine for raising the digestive fire, the foundation of the immune system

Avoid eating too much raw and cold food

Eat pomegranate, which is an effective digestive system warmer

Prefer strong meat dishes in winter, eat more lightly in spring and summer and do stress-free days or fasting (raw food is not easy)

Move because it adjusts the digestive fire in your belly

Now for the lamb:

Previously, we talked about weak and cold digestion, and it is lamb meat that is one of the foods with the most warming effect, which increases the performance of our health. By supporting digestion, it boosts kidney energy, reduces cold hands and feet syndrome, and increases libido. By increasing the performance of the kidneys, the sheep also has a good effect on the energy and health of the reproductive organs. For gynecological problems, Tibetan doctors recommend mutton. Also for men with prostate problems.

It is especially good to consume lamb during the winter period, so that the body can last until spring and so on. stay warm. It is also recommended for people who are weak from a long illness or exhaustion, women who have given birth. In the case of the latter, it is said that a pregnant woman must eat a whole sheep in order to regain the (kidney) strength lost during pregnancy and to produce breast milk vigorously.

A rapid decline in kidney energy is indicated by the sudden appearance of gray hair. It is recommended to eat lamb for recovery. A sheep with black wool that has eaten and lived on the south side of the mountain has a particularly strong effect. It may also seem logical, since a black sheep on a warm hillside is like a solar cell that transfers the accumulated heat to us through its meat.

People with overheated body type, chronic inflammations, gout should be careful with lamb meat. Also, mutton, like meat in general, should not be overdone in the summer. Nobody! Meat is a winter dish, and in summer its proportion should be limited. There is no tradition of grilling meat in Tibet, and this procedure is not considered very healthy. The meat is rather eaten boiled. It is good for the nervous system to drink slow-cooked meat and bone broth in the evening. It is good for sleep problems, depression, anxiety disorders. Early home treatment for colds - Trulthang Prompt intervention is essential to prevent the onset of a viral illness or cold. The... read more 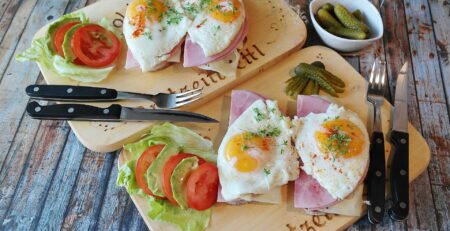 Digestion – the foundation of our immune systems Both native Tibetans and Estonians possessed knowledge about the basic material of all... read more 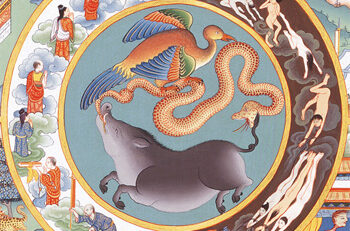 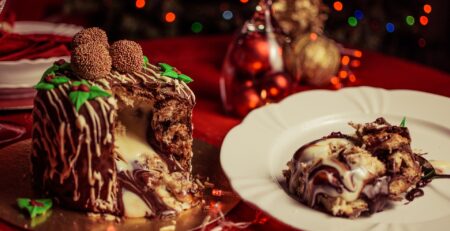 How to deal with the digestive discomfort of the holiday rally?

How to deal with the digestive discomfort of the holiday rally? It is good to eat. Eating is a pleasure. During... read more